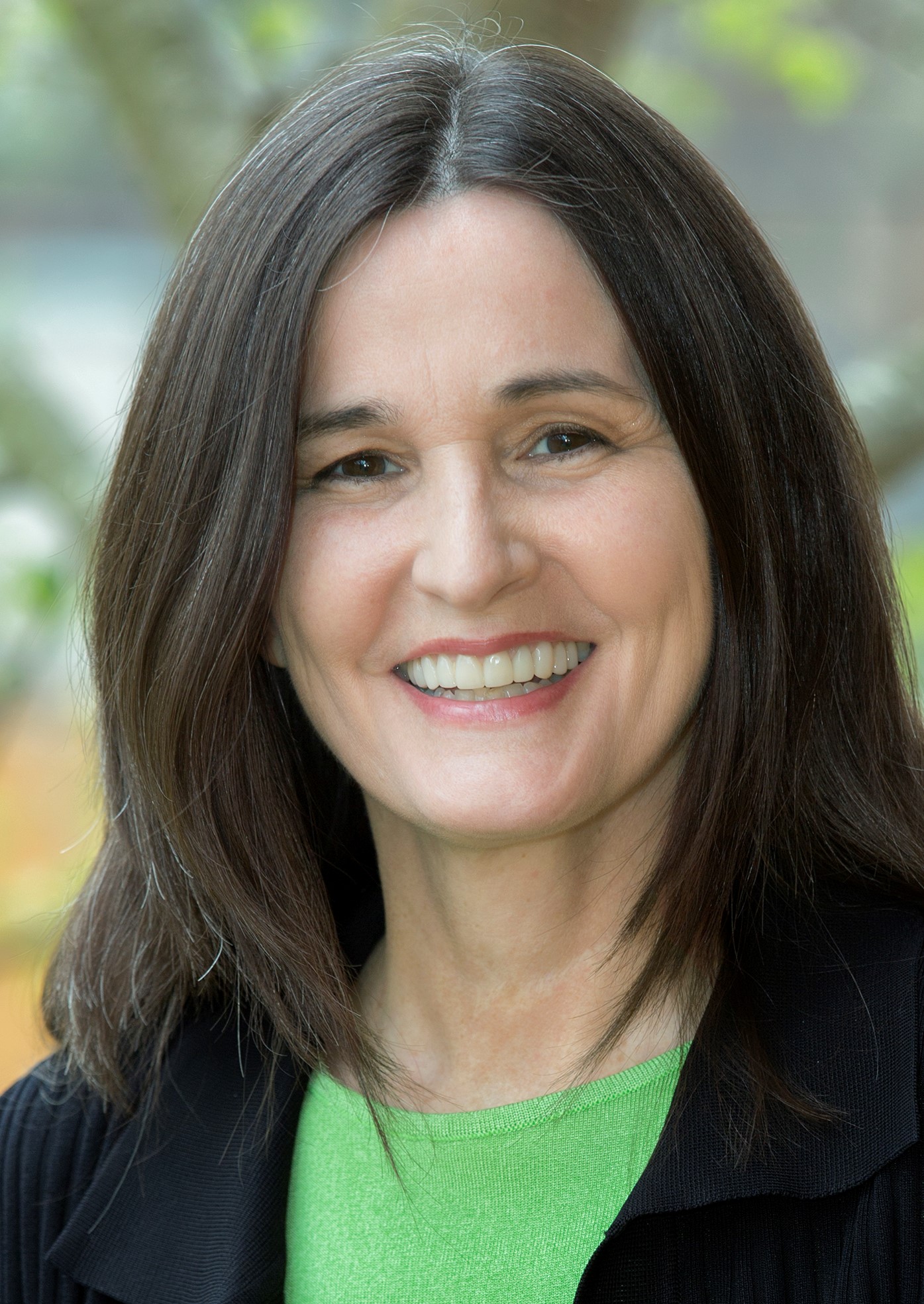 Sheryl Garrett, CFP®, AIF®, founder of Garrett Planning Network, has been dubbed "The All-American Planner," because of her zealous mission to "help make competent, objective financial advice accessible to all people."

She has been recognized six times by Investment Advisor magazine as "One of the Most Influential People in Financial Planning." The first recognition came in 2003 and again in the May 24, 2016 issue of ThinkAdvisor.com, the online version of the publication. Most recently, she was named the 2019 InvestmentNews Icon.

As part of its 40th anniversary celebration, Financial Planning magazine honored six practitioners that have made significant contributions to the financial planning industry, per the publication. Sheryl received an "Influencer Award" as "Practice Management Guru" in 2010.

In 2006, NAPFA (National Association of Personal Financial Advisors) recognized Sheryl with their Robert J. Underwood Distinguished Service Award for her contributions to the Fee-Only financial planning industry. Also, in 2013, Sheryl was recognized as one of the "30 Most Influential" people in NAPFA’s 30-year history.

Sheryl has also been honored to work with the House Subcommittee on Financial Services regarding predatory lending regulation and has testified before Congress on financial literacy and Social Security reform.

She has also worked as a consultant and expert witness in lawsuits against financial advisors who rendered questionable or inappropriate financial advice. 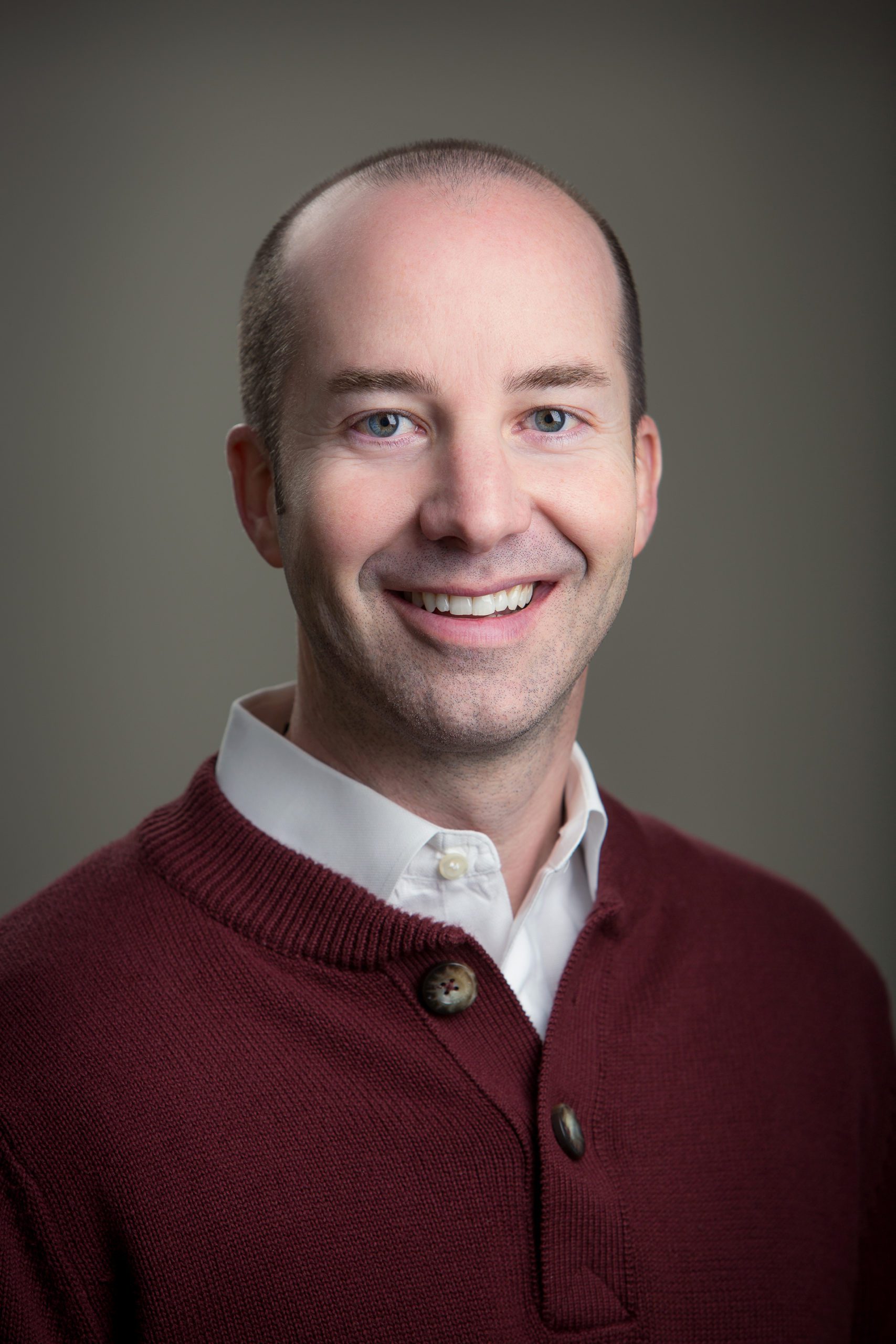 Justin Nichols, CFP®, serves as Garrett Planning Network’s Director of Operations. He oversees the use of technology, systems and processes to effectively manage the internal operations of the Network. Nichols also works with prospective financial advisors who are interested in joining the Network. Nichols shares the many ways the Garrett Planning Network helps an advisor start a Fee-Only, hourly financial planning business, as well as how the Network supports an advisor throughout the life of their business.

Prior to joining Garrett in 2003, Nichols was a Communications & High-Tech Consultant with Accenture and a Quality Assurance Team Leader at Sprint. In 2004, he completed the CFP® certification coursework through the College for Financial Planning. He is a graduate of Kansas State University’s College of Business Administration with a Bachelor of Science in Finance.

Justin lives with his wife, Edee, and sons, Nate and Luke, in Manhattan, KS. He enjoys jogging, golfing and snow skiing and helping with his sons’ church, 4-H and sports activities. Justin's own personal financial mantra is: Work hard to earn a good living. Give generously. Protect you and your loved ones. Save early and often. Spend the rest to enjoy life! 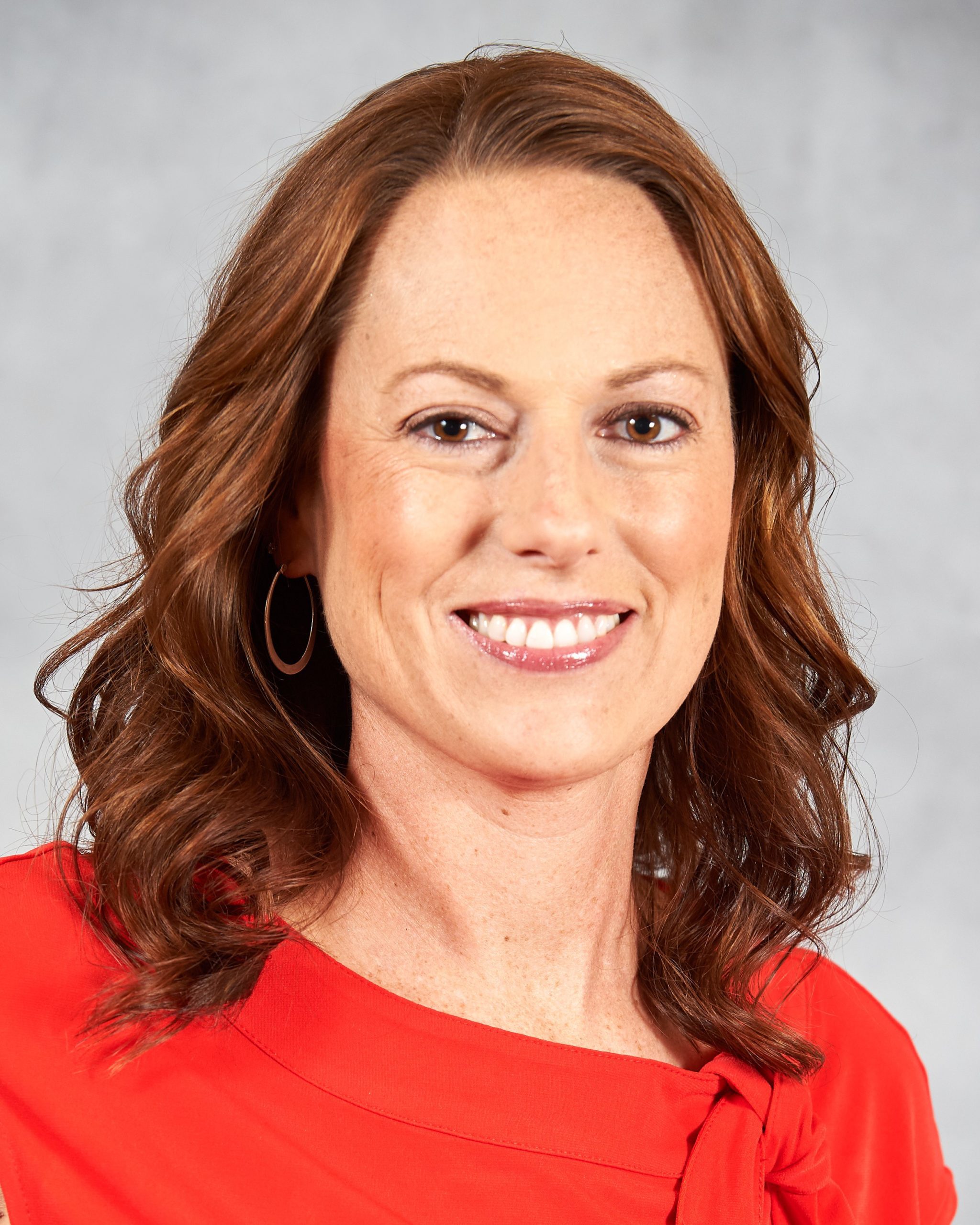 Jamie Breeden, CFP®, specializes in helping Garrett members realize maximum value from the Network. As Director of Member Services, she is “information central” and serves as the primary contact person for members. She is also involved in essential operations, coordinates the annual retreat, helps develop training materials, and monitors and streamlines the discussions and documents on Garrett’s members-only Knowledge Bank.

Jamie joined the Network as a student volunteer at its 2001 “Pathways to Success” Annual Retreat. She then continued on as a virtual staff member while finishing her financial planning course work in Manhattan, Kansas. As her member services role evolved, she eventually joined Garrett full-time and earned the CFP® certification.

Jamie enjoys spending time with her husband, Ty, and daughters, Nyla and Hazel. Her passions include her family and her church, and in her spare time, she enjoys helping Ty on the farm. 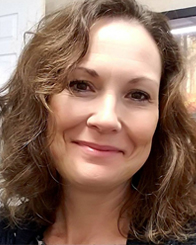 Dori Thomas brings her organizational and marketing skills to assists Garrett Planning Network staff in creating a wonderful member and sponsor experience. With many years of event management and customer service know-how, she strongly believes in collaborating with like-minded individuals and organizations to accomplish the given mission.

She has a passion for financial literacy and is the liaison for the Sammy Rabbit program and Garrett members.

Dori enjoys spending time with her family. She is devoted to volunteering in her Platte County, MO community and is passionate about sharing essential oils with the world. 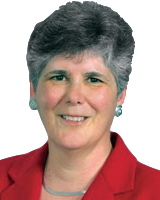 Mary Lacey Gibson, CFP®, has recently retired from income producing work. She has had a varied work career that gives her wide-ranging knowledge in many industries.

Mary's work life started with the University of California Cooperative Service as a Farm and Youth Advisor. After a few years, the entrepreneurial call beckoned and she opened a retail shop which led to coaching people on starting businesses. The local Small Business Development Center, an SBA program, asked Mary to be a lead consultant for business start-up coaching and mentoring. About this time, Mary’s husband developed a health condition that required her to be home more so she closed the store and began her small business coaching service. This led her to the realization that her passion for planning included financial planning. Fortunately, Sheryl Garrett started the Garrett Planning Network shortly before Mary received her CFP designation. Mary’s business coaching business was compensated hourly, so hourly financial planning was a natural fit. She joined the Network in 2001. Mary owned both her financial planning and small business coaching businesses through 2016.

In 2006, Mary joined the coaching staff of the Garrett Planning Network as the Business Coach. Over the years, she contributed to Knowledge Bank library of Business Planning and management of a financial planning business through webinars and articles. In 2015, Mary joined the staff as the Director of Member Development, primarily working with new members and leading the revamping of the New Member Training program.

Mary continues to work with the Garrett Planning Network as an emeritus consultant. 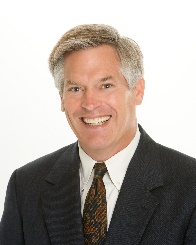 Randy Gardner JD, LLM, MBA, CPA, CFP ®, is a nationally-known author and speaker, the Founder of Goals Gap Planning, LLC, and an award-winning former Professor of Tax and Estate Planning at the University of Missouri. He has taught and practiced for over 35 years. Randy has earned the highest rating of “10/10 Superb” by the independent national attorney rating service Avvo and has been recognized multiple times as a Five Star Wealth Manager in Estate Planning. Professionally, Randy is a member of the Garrett Planning Network, WealthCounsel, the American Institute of CPAs, and the Financial Planning Association. Randy considers increasing the number of adults with a comprehensive personal financial plan one of his missions in life.


Coauthor of the books, 101 Tax Saving Ideas, The Closing Wealth Transfer Window, and Tools and Techniques of Income Tax Planning, and co-editor of Estate Planning Strategies: Collective Wisdom and Proven Techniques, Randy serves on the Editorial Boards of The Journal of Financial Planningand National Underwriter’s Tax Facts. He is also a regular columnist on tax and estate planning matters for The Journal of Financial Planning, and has written scores of articles for publications such as CPA Magazine, Practical Tax Strategies, and Tax Adviser. 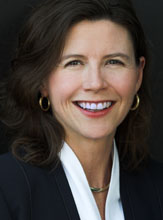 Neala Moore began her career as an attorney specializing in estate planning, probate, bankruptcy and asset protection. In 2000, looking for a new way to help people and use her skills, she moved into the financial services arena where she has held positions in both the front office and back as a Financial Advisor at UBS and the Director of Operations and Chief Compliance Officer for Matterhorn Capital Management, LLC. In January 2012, Ms. Moore began Sapphire Compliance Management, LLC, a compliance consulting firm to small and mid-size SEC and state registered investment advisers. Ms. Moore obtained her Bachelor of Arts from the University of Chicago before receiving her law degree from Wayne State University in Detroit, Michigan. She is a member of the State Bar of Michigan and State Bar of Texas. 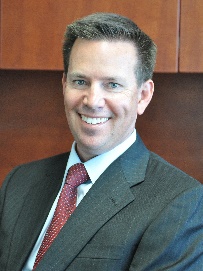 As President of Shareholders Service Group, Dan Skiles is involved in all aspects of managing the firm. Specific areas of focus include technology, finance, business operations and strategy. Prior to joining SSG in 2009, Mr. Skiles was with The Charles Schwab Corporation where he had responsibilities with the planning and development of technology solutions for Schwab Institutional and leading Schwab Performance Technologies, Inc., ™ a subsidiary of The Charles Schwab Corporation. In addition, during his eight years at Schwab he visited hundreds of investment advisor offices and spoke frequently at industry events. Before joining Schwab in 2001, Mr. Skiles spent eight years with TD Waterhouse and was responsible for implementing technology solutions for the firm’s investment advisor clients. Mr. Skiles is a leading industry expert who is often quoted in advisor trade publications and he writes a monthly article for Investment Advisor magazine. Investment Advisor magazine also recognized Mr. Skiles in 2014 as one of the 25 most influential people in and around the advisor industry. Mr. Skiles earned a bachelor's degree and a master’s in business from San Diego State University. He also recently completed a three year term on the Board of Directors for the Financial Planning Association. 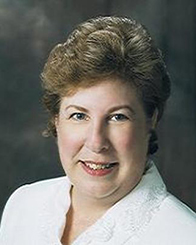 Louise A. Schroeder, CFP® is a Certified Financial Planner professional located in Stillwater, Oklahoma. She currently serves as a coach for the Garrett Planning Network, specializing in the area of financial planning issues of older adults. As a coach, Louise provides educational webinars to the network and serves as a resource to GPN members. She also does pro bono financial planning for cancer patients and their caregivers through the Foundation for Financial Planning’s Pro Bono for Cancer Campaign.

Louise owned Personal Financial Solutions, Inc., an Oklahoma Registered Investment Advisory firm, from 2001 through 2015. She provided financial planning and investment advising for clients. During this time period she was an active member of the Garrett Planning Network, a national network of financial planners who provide services for an hourly fee.

She was a member of the 2008 Oklahoma Aging Advocacy Leadership Academy, and continues to be proactive for issues facing older adults. Louise currently is a member of the Oklahoma Caregiving Coalition, which includes government agencies, non-profit organizations, and service providers that provide support, programs, and services to caregivers across Oklahoma. She also is a member of the Stillwater Aging Advocates group, which provides information and assistance to care recipients and caregivers living in Stillwater and the surrounding area.

She previously served on the Aging and Disability Resource Center committee (OK Dept of Human Services, Aging Division), the Long-Term Care Partnership Committee (OK Insurance Dept and OK Health Authority), and on the Stillwater Chamber of Commerce Certified Retirement Community committee. In addition, Louise served on the board of trustees for a continuing care retirement community during its development phase.

Louise contributed a chapter in the recently published book, “Family Caregivng, Fostering Resilience Across the Life Course”. Her chapter is titled, “Planning for and Managing Costs Related to Caregiving”.

My name is Brian Hahn and I founded MTradecraft in 2009.  I have been in the investment industry for over 20 years with experience as a:

I have experience designing every aspect of a firm's IT operations, compliance manuals, operational workflows, and cybersecurity infrastructure.

Unlike most firms, I do not sell ongoing cybersecurity products, nor am I affiliated with outside IT vendors. That means you will receive unbiased advice that is focused on protecting your network and you never have to worry about an up sell.

I live and breathe cybersecurity and investment management operations and I am dedicated to the tradecraft of helping my clients protect their most sensitive data and client relationships.

We serve all financial institutions, with focused expertise in the RIA, broker-dealer, hedge fund, and family office space. 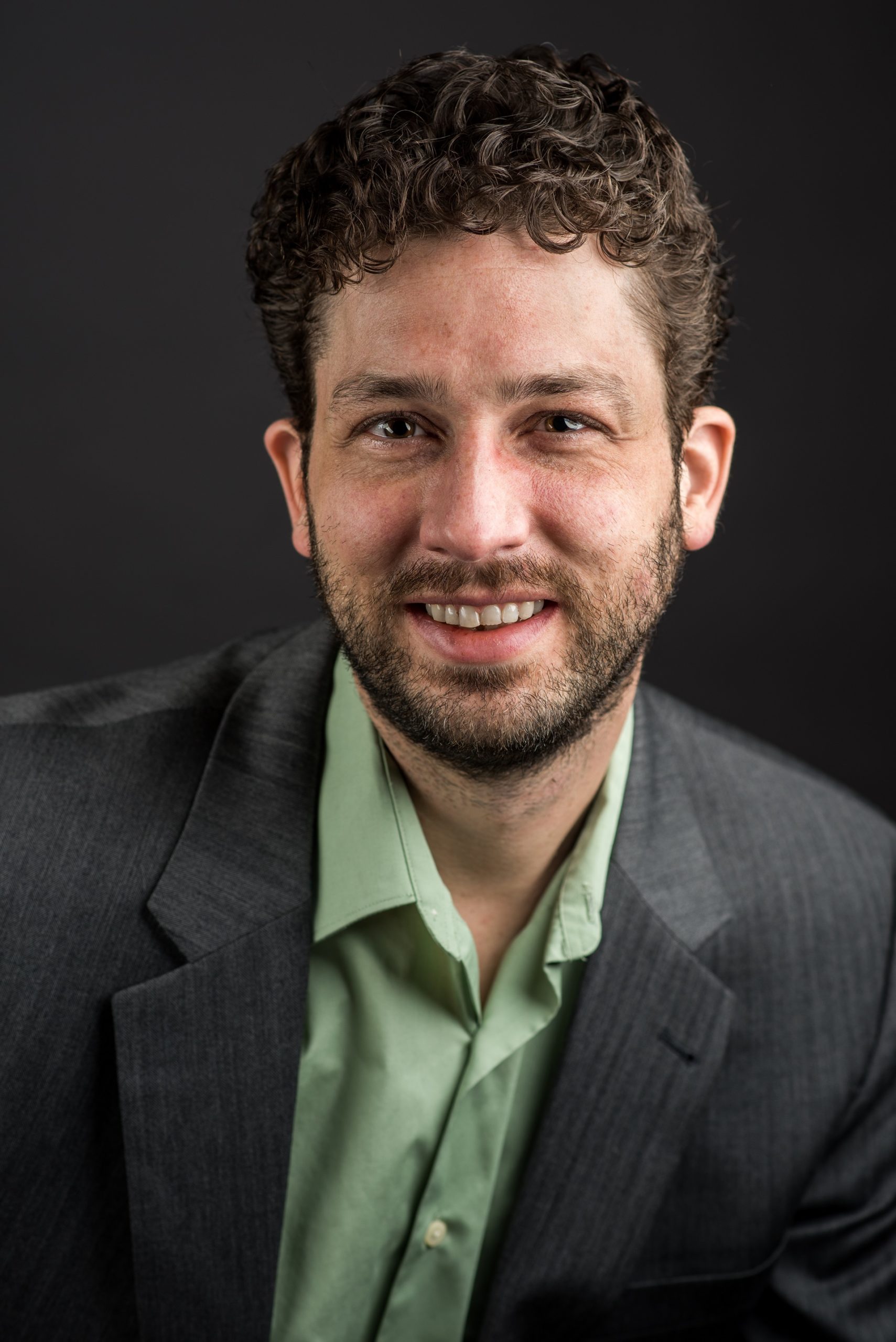 Jake Wagner is a veteran of the profession and is principal of the 4FP Agency.

Jake founded the 4FP Agency to help financial planners connect with their ideal clients. He wanted to create a holistic digital marketing agency founded on fiduciary principals that bases their process on the 6 step planning model.

Jake made his first online training program for financial planners in 2010 with one of the first online RIAs, Myfinancialadvice. Since then he has spent countless hours learning the best digital marketing techniques that work for Financial Planners and building a team with financial service industry specific talent and knowledge.

Jake and his team work with Financial Planners to create a cohesive digital and in-office experience for the firm's clients and prospects.

If you would like to know more about his services, visit http://digitalmarketing4fp.com/ to schedule an introductory call with Jake or his team.